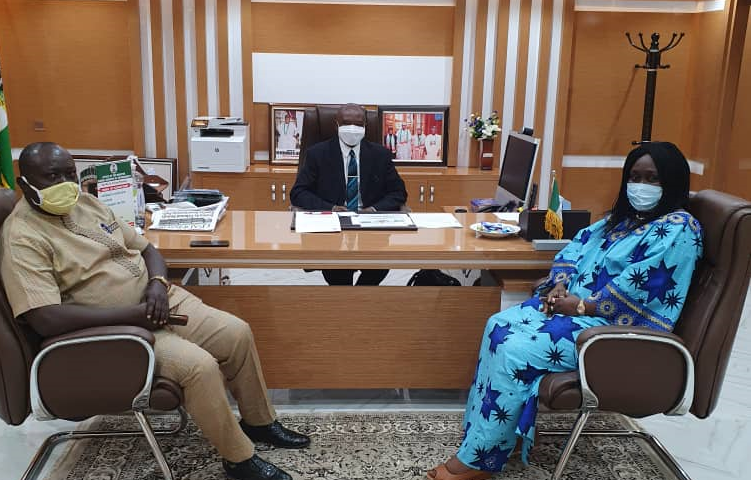 The Focal Minister, and Member of the Ministerial Board of WASCAL, His Excellency, Rt. Hon (Dr) Mohammadu M. Abubakar, the Honourable Minister (HM) for Environment received a briefing today Batch 4 of WASCAL GSP. During the visit, the Director of WASCAL CCHH updated the HM on the progress made so far. She informed him that most of the lectures had been concluded and the students were working on their research proposals. Despite the COVID 19 restriction, the second semester lectures were conducted online via Google meet hosted within the University. She thanked him for his support for WASCAL.

She also briefed the HM on “the green hydrogen atlas project”, a renewable energy project sponsored by the Federal Ministry of Education and Research in Germany (BMBF), which cuts across the West African Region. WASCAL is the regional partner of the project. Professor Okhimamhe, who is the Team Leader and National Coordinator of the Project in Nigeria, was accompanied by one of the members of the National Team, Professor Paulinus Ugwuoke.

The HM was quite satisfied with the progress made on the GSP’s programme for Batch 4 and was very delighted with the unfolding opportunity of Nigeria’s participation in a regional renewable energy project sponsored by BMBF. He assured the Director of CCHH of his continued support for the DRP as well as the Atlas project.